Construction Estimating: What Is It & Why Is It Important?

What is Construction Estimating?

Given how rapidly estimating is evolving, it might be prudent to ask: what exactly is construction estimating? At its most basic level, construction estimating is the process of predicting the cost of building a physical structure. But predicting the cost of a structure is just the start of a complex process. Construction estimates need to be accurate because profit margins are typically razor-thin in the industry, so even a slight miscalculation on costs can determine whether a contractor makes or loses money on a project. For these reasons, successful construction projects include multiple cost estimation phases with varying degrees of scope and accuracy.

Over time, construction estimators have traded in their pencils and calculators for software, making a paperless process an achievable objective. While construction estimating has definitely come a long way in the past few decades, there’s still considerable room for improvement since only 31% of today’s construction projects come within 10% of their original budget.

Why the demand? As costs continue to be a major concern for clients and builders due to the extreme financial risks involved in any given construction project, having a skilled estimator who can provide accurate cost estimates can help offset those risks. Therefore, it’s in the best interest of both parties to spend the time needed to properly research a project’s expected costs before proceeding. For these reasons, estimates are “touched” by almost every major role in a construction project.

Construction roles that are affected by cost estimates: 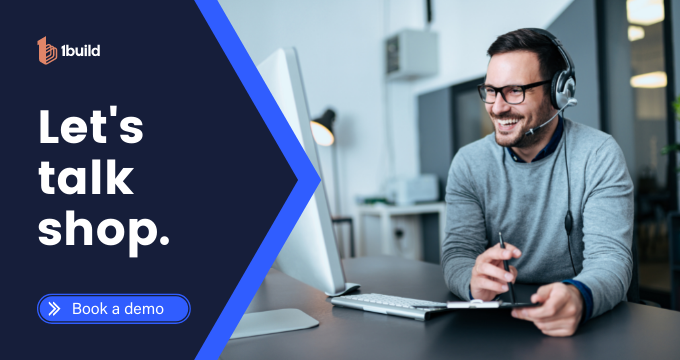 Why not give 1build a shot? Request a demo today. Read More
CCost Estimation
Creating accurate cost estimates is one of the most difficult and time-consuming aspects of bidding for new jobs. That’s why we’re happy to announce a new free cost estimate template for Excel.